“Fear and anxiety can lead to social stigma which may arise when people associate a specific illness with a population or nationality, despite the fact that not everyone in that population is at increased risk of having the illness. This virus knows no geopolitical boundaries.” – American College Health Association, 2020

Be aware of biases.

This includes responding to xenophobia and microaggressions. In many countries, wearing surgical masks in public is a social norm, especially during cold and flu season. As such, campuses should keep in mind that the wearing of a mask by a community member should not be construed as a sign of infectiousness or an invitation for ridicule or avoidance.

“People of Asian descent, including Chinese Americans, are not more likely to get COVID-19 than any other American. Help stop fear by letting people know that being of Asian descent does not increase the chance of getting or spreading COVID-19.” – Center for Disease Control and Prevention, 2020

Microaggressions: everyday derogations, slights, and invalidations that are often delivered to people of minority or marginalized backgrounds.

If you’re experiencing any of these, here are some resources for support:

For updated information on COVID-19, here are some links with information about the condition and to dispel myths and misinformation: 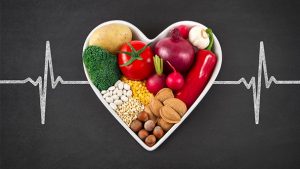 Did you know February is Heart Health Month? It’s a good time to highlight the importance of diet on heart health. While cardiovascular disease is something that typically affects older people, as college students it’s important to integrate heart healthy eating into your life now to set a foundation for a healthy life. While changing… 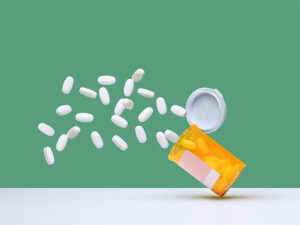 The Georgia Department of Public Health (DPH) has received reports of increased overdoses (OD) in various areas of Georgia in March 2022, caused by drugs mixed with fentanyl, particularly cocaine, methamphetamine, and counterfeit pills that could resemble substances like Adderall or Xanax.

Wondering how CAPS counselors are personally handling COVID-19? In part two of this video series, they’ll speak to you about how they’re doing and talk about topics that may be helpful to you during these stressful times. 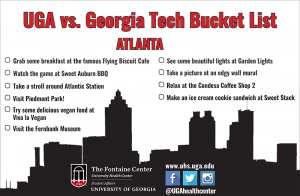 Heading to Atlanta to cheer on the Dawgs? Check out this bucket list created by The Fontaine Center for fun things to do and sights to see while you’re there! 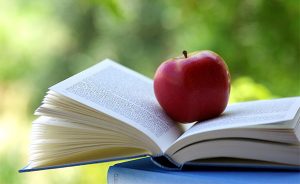 Ever dream you missed an exam in a class you didn’t know you were taking? Or you walked through the dining commons in your underwear? When you woke up, you knew you didn’t really have to worry about those things happening. The Freshman 15 is another myth that causes undue stress. We’re here to debunk… 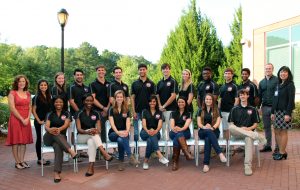 SHAC: a four letter acronym that represents health advocacy for all students at the University of Georgia. The UGA University Health Center is a student-centered facility that offers exceptional health care services to the students and faculty at UGA. It is incredibly comforting for UGA students to know that there is a health care facility…